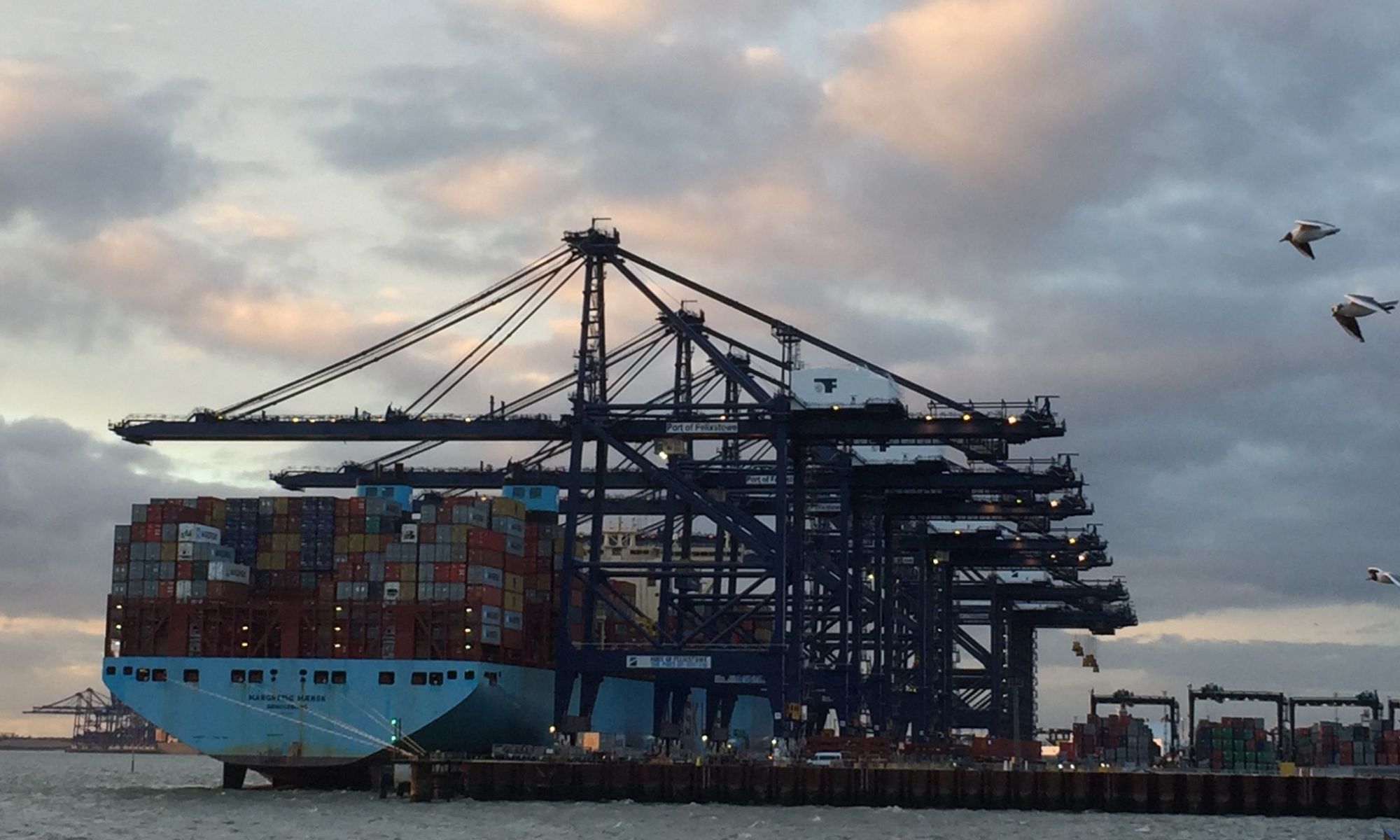 I don’t mind telling you that the whole shipping process has been a bit of a minefield. There seems to be so many different people involved at each stage with each one wanting a fee for doing something or other, or in some cases, for possibly not doing much at all. “Oh yes, I wave the flag that signals the ship is free to cast off, that will be £20.00 please” – I am determined to get to the bottom of who does what.

As we had arranged to be in Alaska on 1st May 2019 we intended to ship the vehicle from the UK to Vancouver on the west coast of Canada, but for all sorts of reasons that are far to boring to write about, it was eventually agreed that we would ship to Halifax on the Canadian east coast. Even though this would mean driving from the east coast to the west coast of the second widest country in the world, a trip of some 4,000 miles in a period of 20 days, we were told this would be the better option in terms of overall cost and the option least likely to suffer with delays.

With a sailing date of 10th March 2019 we were instructed to drop off the vehicle on 4th March 2019. We were told that the Land Rover was scheduled to arrive at Halifax on 1st April 2019 and if we were to arrange to collect it on 8th April 2019 it should be ready for release by this date. Armed with this information we booked our direct flights to Halifax for 7th April 2019.

We chose to ship the Land Rover from the UK Port of Felixstowe and decided that we would ship the vehicle in a container as this was advised to be the most secure option. We were further advised by our Shipping Agent that “because of the height of your vehicle you will need a 40′ long Hi-Cube container”. “But” I replied “our vehicle is only 15′ long why do we need such a long container?”. “Well”, our Shipping Agent patiently explained “it’s because the Carrier we are using doesn’t possess any 20′ Hi-Cube containers, they are a rare commodity I’ll have you know”. “Is the Carrier the company that owns and operates the cargo ships?” I asked thinking that they must have thousands of containers. “No” he said “thats the Transportation Company”. “Oh okay, so is the Carrier the company that loads the Land Rover into the container and takes it to the port?”. “No”, he said and smiled patronisingly, “that’s the local warehousing contractor”.

“Right, so who is the Carrier then?” I said trying my level best to remain calm. “Oh that’s easy” he replied, ‘thats the company that we are using to manage the shipping process”. I was by now getting very confused “But surely that’s your job, isn’t it?”. “Oh no my good chap, I’m simply the Shipping Agent”.

I gave up at that point and I’m still none the wiser about the whole shipping process, personally I think that’s exactly how they like it to be.

With the vehicle sparkling clean and on a gloriously sunny day I set off to Felixstowe. Chrissie was to follow me to the port in her car to bring me home but she said she would arrive around 20 minutes later to give me time to do the drop off and administrative paperwork.

I was a bit concerned that the fuel gauge was showing a tank half full and that a trip of some 40 miles wouldn’t bring the fuel light on. Not to worry, I thought, this must be a problem they encounter all the time and they would have an easy solution.

With all the paperwork completed and the vehicle about to be driven into a large warehouse the question of the quantity of remaining fuel came up. I turned on the ignition and showed them that there was about a third of a tank full.

There was a lot of shaking of heads and sucking in air (the exact same noise made by a mechanic or plumber before he tells you how big a problem you have and then gives you a price). It quickly became clear that they weren’t in a position to assist and so I agreed that I would take the vehicle home, syphon out some fuel, and return the vehicle the following day.

I phoned Chrissie, “where are you?”. “I’m about 15 minutes away” she said. “Right, turn around as soon as you can I coming home and we will have to do it all again tomorrow, I’ll explain later”.

Some fifteen minutes later with both of us driving homewards Chrissie phoned me “I’ve just seen a sign for the Suffolk Food Hall, I think I will just call in and have a look around”. “Okay”, I said “but don’t be too long as you have the house key, I’ll see you at home”.

I was just approaching home when I noticed that the fuel gauge was now below the quarter tank mark and I reckoned that if I was to turn around and head straight back to Felixstowe that by the time I got there that the fuel warning light should be on.

I phoned Chrissie, “where are you?”. “I’m about 15 minutes away” she said “I rushed around the Food Hall as I didn’t want to keep you waiting too long”. “Right” I said “turn around as soon as you can we’re heading back”. For reasons I am sure you will understand I am unable to give Chrissie’s exact response but it was something along the lines of “oh for heavens sakes, what a nuisance, fiddlesticks”!!

Just to top off what had otherwise been a ‘perfect’ day as we turned around and headed back to the Suffolk coast the skies darkened and the heavens opened. The previously glistening car was dropped off covered in a layer of road spray grime and dust. A bit of explaining to Canadian Customs possibly.

But the good news is that the fuel warning light came on just as I pulled into the yard of the warehousing contractor.

We have named our Land Rover Stirling and I know vehicles don’t have real emotions but I swear the look Stirling gave me as we drove away was exactly the same as how a dog looks at their owner when they drop it off at the kennels.

Is a whale or a shark?
Just off home for a fish supper!
First time trying to capture an image of the Milky Way
It’s not just the birds that fly down here!
Enjoying self isolation!
We are loving the cactus deserts here in Baja California
Went to see the grey whales on the Pacific coast. Even got to see a ‘RainBlow’.
Beautiful sunrises and sunsets nearly everyday.
Stingray, Stingray!
Just a small sample of the beautiful birds in Baja California